Coco Gauff warned she is not even close to achieving her full potential and targeted the Tokyo Olympics after she exited the Australian Open singles in tears on Sunday.

However, the 15 year-old American is alive in the third round in the doubles with fellow American Caty McNally.

Gauff, the youngest player in the draw, is one of the stories of the Australian Open, beating Venus Williams in the first round and then reigning champion Naomi Osaka in round three.

Gauff, who turns 16 in March blamed her loss on too many errors and said that nerves had nothing to do with it.

But she also admitted that the last few weeks had almost been too good to be true.

“I couldn’t really write this, I don’t think anybody could really write how this past couple months have gone,” said the teenager. 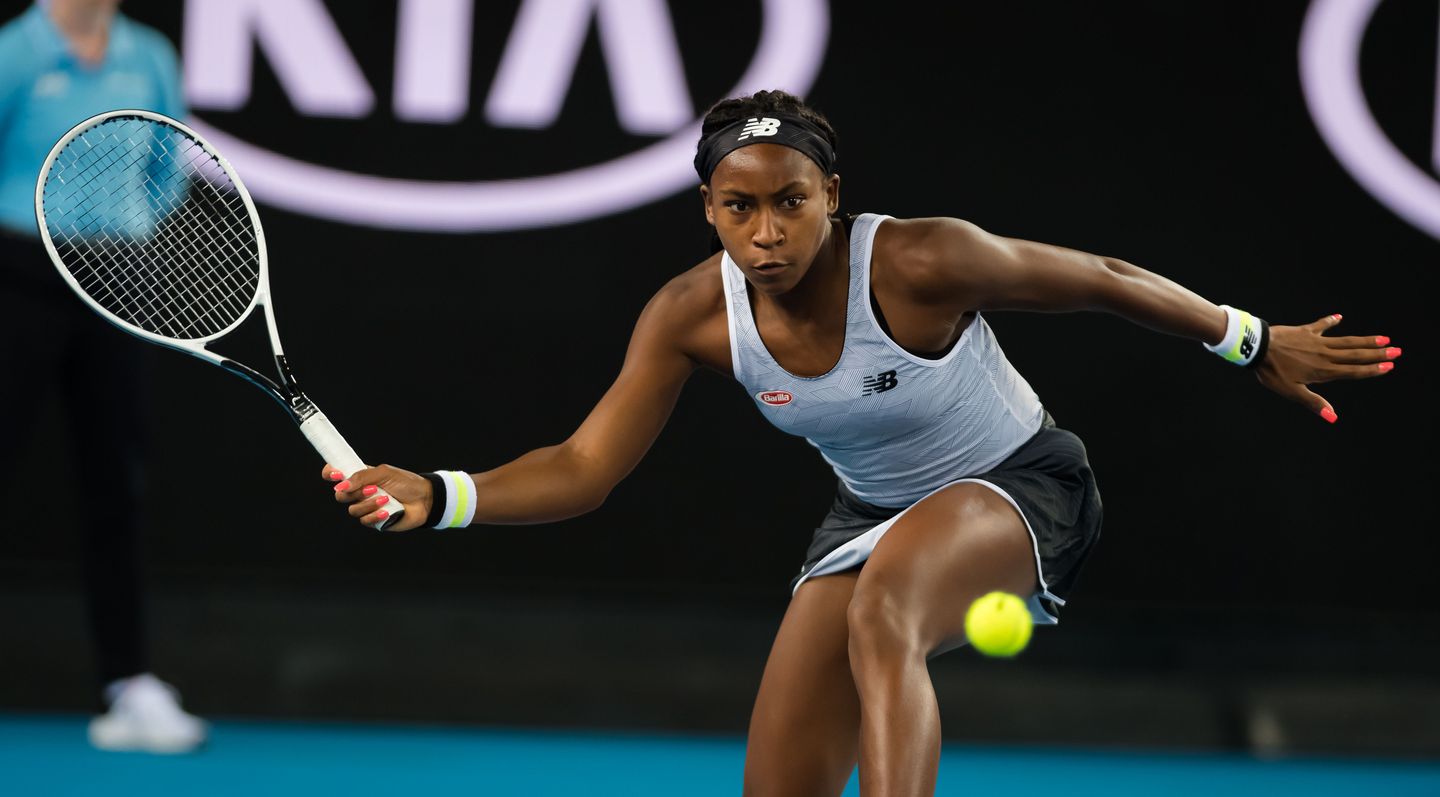 “I don’t even think this is close to a peak for me, even though I’m doing well right now.”

The French Open is the next Slam in her sights as she bids to become the youngest player to win a Grand Slam in the Open Era, which began in 1968.

The current record-holder is Martina Hingis, who triumphed at the 1997 Australian Open at 16 years and nearly four months old.

Now ranked 67th in the world, Gauff said it would be “pretty cool” to reach the Olympics this summer.

“That’s definitely the goal. Hopefully I can get my ranking up and qualify,” she said.

“It will be difficult, but I’m going to try as hard as possible.”

Gauff was under the cosh immediately against Kenin, the 21-year-old breaking in the first game at Melbourne Arena and comfortably holding for a swift 2-0 lead.

There was no mistaking who the crowd wanted to win — each point for Gauff was greeted with cheers and screams, while there was only polite applause for Moscow-born Kenin.

Gauff restored parity to force the tie-break and — aided by two Kenin double-faults — took the first set in 58 minutes.

The younger American’s serve is powerful but she was totting up the double faults, her seventh of the match offering Kenin a second break point with the latter 2-1 up in the second set.

A determined Kenin broke at the third time lucky to lead 3-1, triggering a rare show of anger from Gauff.

Kenin took the second set in 38 minutes and carried the momentum into the deciding set, breaking Gauff to love in the opening game and racing towards victory.

Touted as heir apparent to Serena Williams, Gauff burst onto the scene when she beat Venus Williams in the Wimbledon first round last year on her Grand Slam debut.

She went out in the fourth round to eventual champion Simona Halep, but a star was born.

Gauff lost to then-number one Osaka in the third round at the US Open, but got her revenge at the same stage in Melbourne.

Gauff shed tears of disappointment as she trudged off court after defeat, but said that she was happy with how she dealt with the occasion.

“The thing I’m most proud of myself is how I handled it on the court,” she said.

“Even though today I lost a set 6-0, I was still believing I could win it.”