Athletic Bilbao dumped Barcelona out of the Copa del Rey in the most dramatic of fashions on Thursday night.

While everyone was expecting the game to go into extra-time, Inaki Williams stepped up in the 93rd minute to send Lionel Messi and his teammates out of the competition.

Everyone at Barcelona will definitely be bittered particularly after a second-half in which Barça had the lion’s share of the play and carved out two gilt-edged chances to score.

It would, in truth, be flattering Athletic to say they were the better side tonight.

However, goalkeeper Unai Simón produced fine saves with his legs to keep out first Antoine Griezmann, then Lionel Messi, and with extra time seemingly looming, Iñaki Williams’ angled header won it for the hosts – and blew the roof off San Mamés. 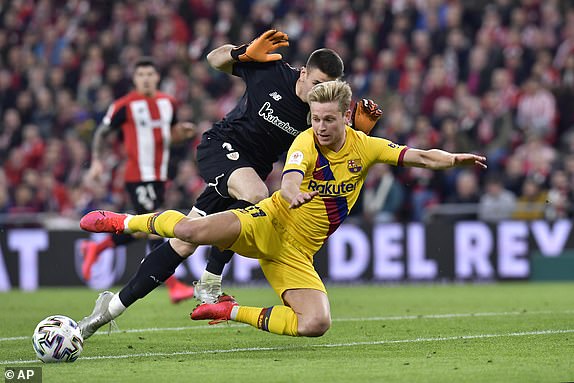 It’s a result that caps a miserable few days for Barça, with the loss coming hours after Barcelona sporting director, Eric Abidal and Lionel Messi engaged in a war of words.

The loss also means Barcelona have missed out on two trophies this season – Supercopa and Copa del Rey.

However, tonight could be regarded as a night of upset as Real Madrid also bowed out of the competition this evening. It means the Copa semi-finals will feature neither of Spain’s ‘big two’ for the first time in a decade.

Athletic join Granada, Mirandés and Real Sociedad in the draw for the last four, which takes place tomorrow at lunchtime. 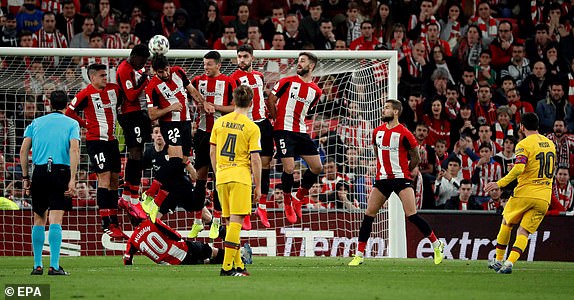