The African Development Bank has signed an agreement with DAL Group, one of Sudan’s largest conglomerates, for the provision of up to $75 million to improve food security and household incomes in the country. The agreement is the Bank’s first private sector loan to the East African nation.

The agreement was signed on Thursday, 5 March at a ceremony held at the Bank’s Sudan Country Office by Dr. Jennifer Blanke, Bank Vice President for Agriculture, Human and Social Development representing the Bank, and DAL Group Chairman Osama Daoud Abdellatif.

The financing facility comes in the form of a senior corporate loan of up to the equivalent of $75 million in multiple currencies, which includes $40 million and EUR 30 million.

Speaking after the signing ceremony, Abdellatif said business in Sudan has suffered for years due to lack of finance for agriculture, and noted the agreement marks the first significant financing DAL Group has received.

“At the end of the day, Sudan is an agricultural country, and there is so much we can do. I hope this is the beginning of many projects we can do together,” Abdellatif said. 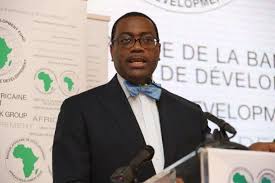 Under this program, DAL Group aims to reduce the nation’s dependence on imports and increase its capacity to source and produce raw material locally.

The DAL Group employs over 8,200 people and with the new support from the African Development Bank, the Group will be in a position to create over 2,000 additional jobs over an 8-year period.

Blanke said the agreement was historic. ‘This is African Development Bank’s first private sector loan in Sudan. I am delighted that it is in agriculture and agri-business, which is so important for Sudan’s development,” she added.

The financing will also support DAL Group initiatives toward creating a conducive work environment for women and promoting equal opportunity for employment, such as up-skilling and training, creating an adapted industrial working environment that accommodates the cultural needs of women, as well as family-friendly work schedules and social benefits.

The transaction also presents an opportunity for the Bank to leverage private sector investments which have considerable development outcomes and additionality, as well as opportunity to support an otherwise underserved Transition State.

The Bank-DAL Group agreement is in line with the priority development objectives of the African Development Bank Group and consistent with the Bank’s action plan for African agricultural transformation, also known as Feed Africa.