The new fence erected in front of the White House to keep protesters away has been turned into a Black Lives Matter mural.

Protesters demanding justice for George Floyd, who died after Minneapolis officer, Derek Chauvin, 44, knelt on his neck for eight minutes and 46 seconds during an arrest on May 25, have turned the fence into a memorial wall with placards and protest art. 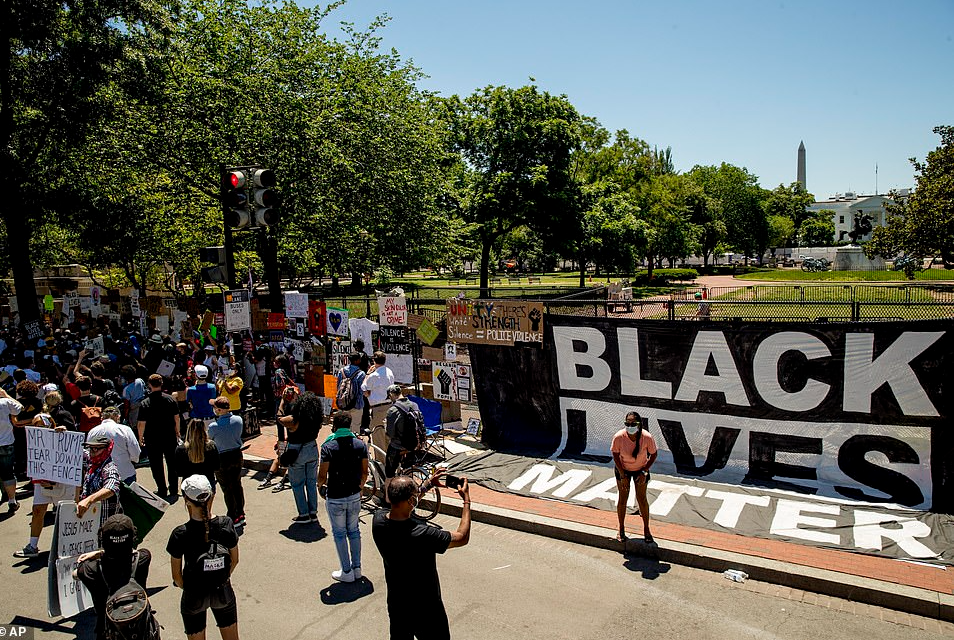 According to the National Park Service, the fence, which was placed in front of a White House protest area, was only meant to be temporary. Park Service spokeswoman Katie Liming said Monday that her agency and the Secret Service expect to reopen part of Lafayette Park in front of the White House on Wednesday, June 10. 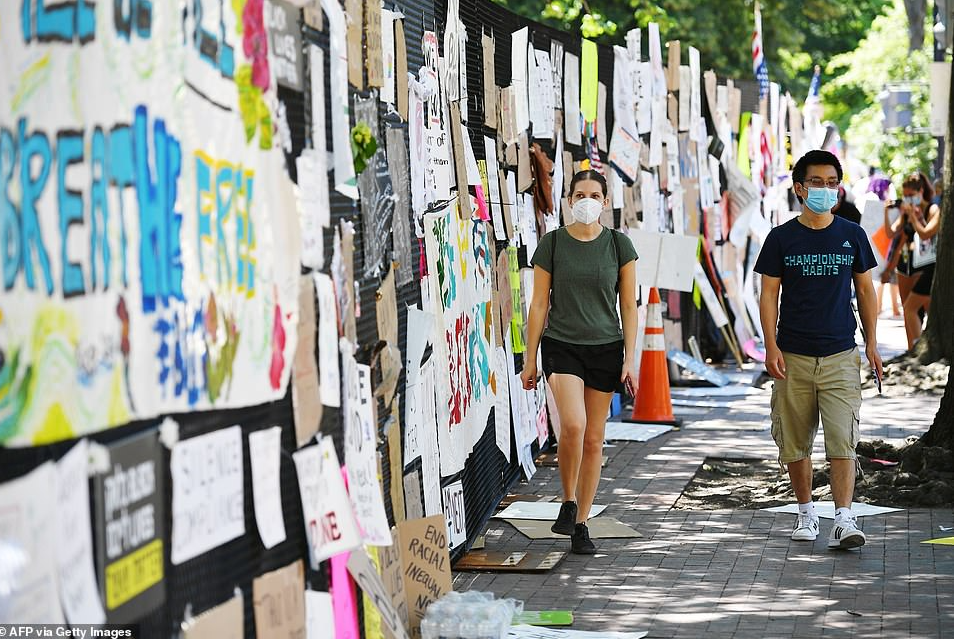 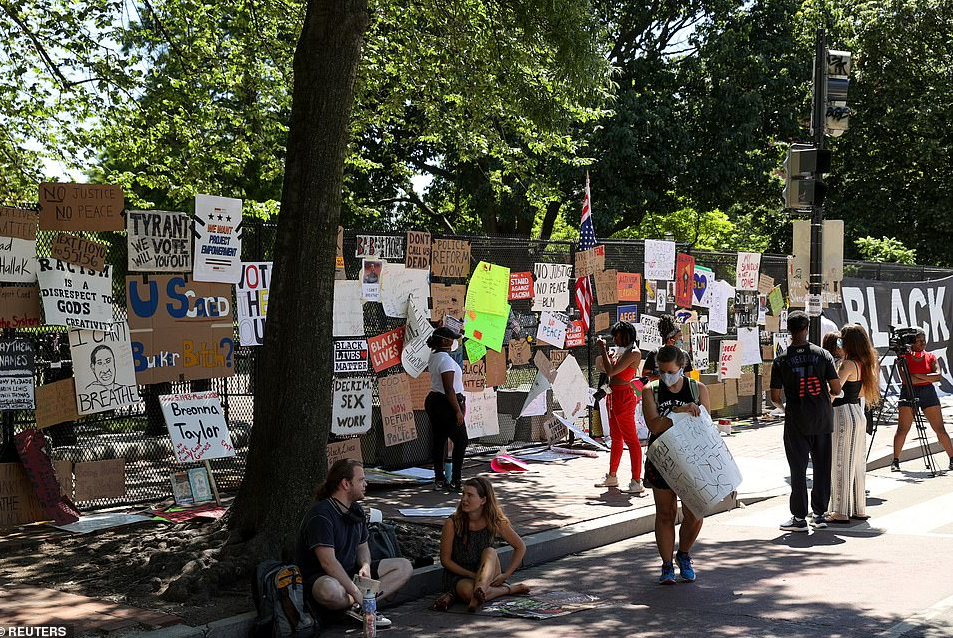 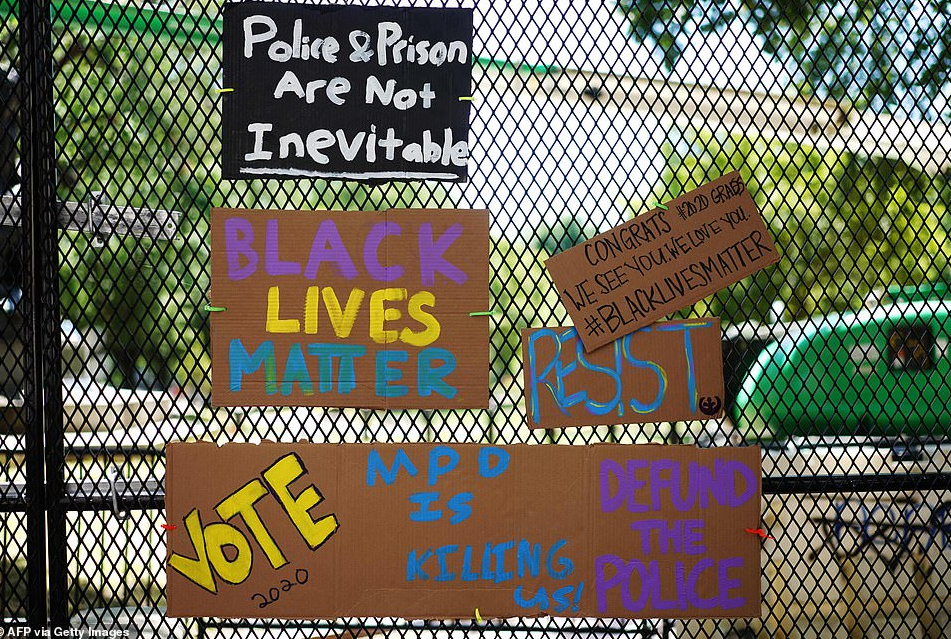 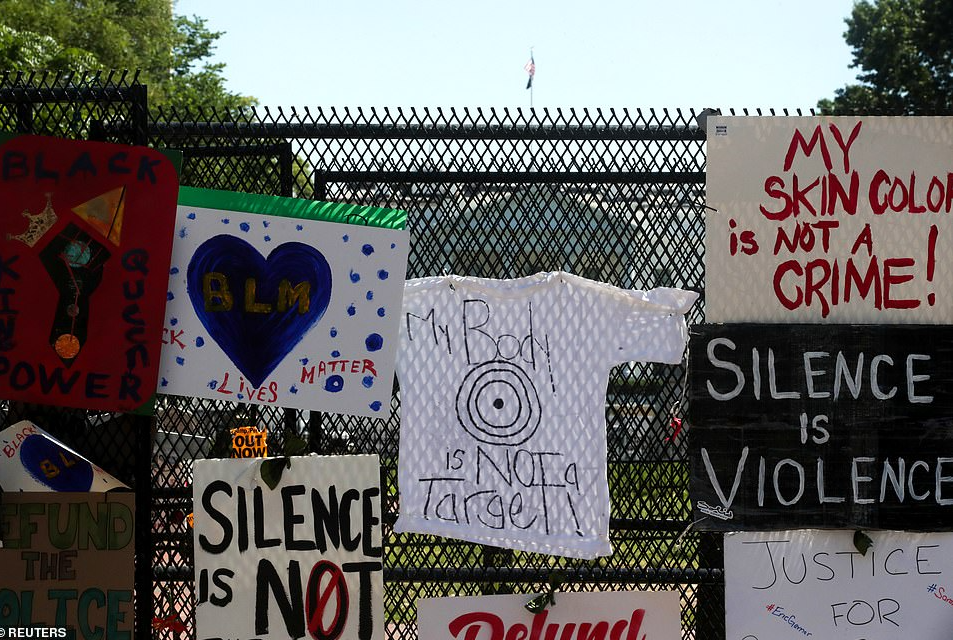 Protesters in Washington are in the process of turning the fence erected around Lafayette Square to push them away from the White House into a memorial wall honoring victims of police violence and racial injustice.

Photos and video from Washington on Sunday show a number of protest signs mounted on the fence by demonstrators bearing messages that include “Black Lives Matter,” “No justice, no peace,” “Say their names” and other rallying cries of those who have marched through the nation’s capital over the 10 days.

During the protests in Washington, Lafayette Square served as a flashpoint. On Monday, the protestors gathered there were forcibly cleared from the area by U.S. Park Police and law enforcement, who used chemical agents in the process, so President Donald Trump could walk from the White House to St. John’s Episcopal Church after a televised speech.

The next day, a tall black fence was erected around on the north edge of Lafayette Square, and by Thursday, all entrances to Lafayette Park, the Ellipse and other open spaces near the White House had been closed, according to DCist.