Skip to content
Instead of helping on the frontlines, she has been under self-quarantine at home for weeks, after a chest scan on January 26 revealed that she had a suspected case of the novel Coronavirus.
Zhu was told to wait for a nucleic acid test that would provide the final verdict, but it never came.
“Right now, it’s really a problem. Our hospital already has more than 100 people who are quarantined at home,” she told CNN over the phone. An additional 30 medical workers have been confirmed to have the virus, she said.
“If the tests are fine, we can go back to work. I actually don’t have any symptoms, there’s just a slight problem with my CT scan, it seems there’s a bit of infection,” she said. 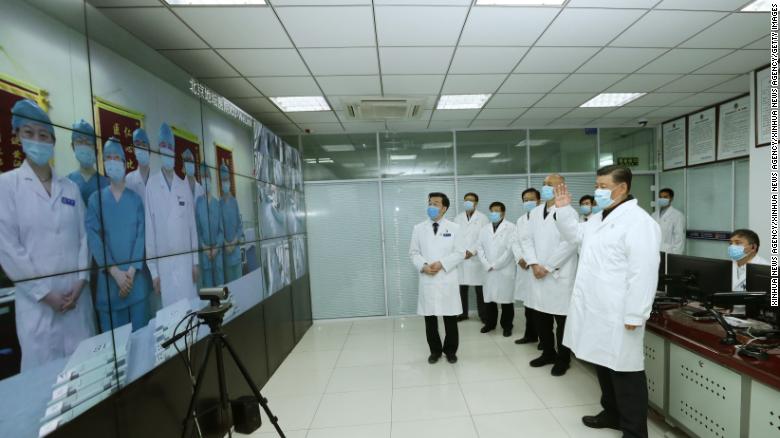 Zhu estimates that of the 500 medical staff at the hospital, more than 130 may have been stricken by the virus, which has so far infected more than 60,000 globally. She declined to publicize the name of her hospital and asked to use a pseudonym as she was not authorized to speak to the media.
The situation at her hospital is not unique. A nurse from the Wuhan Central Hospital said on Weibo, China’s Twitter-like platform, that around 150 colleagues at her hospital have been confirmed or suspected to be infected — including herself.
The nurse, who had been under self-quarantine at home since being infected last month, was finally admitted into the hospital she works at for treatment on Tuesday.
“The (in-patient) floor I live on is basically filled with colleagues from my hospital,” she wrote in a post on Wednesday. “These are mostly double or triple rooms, with my colleagues’ names and bed numbers clearly written in black and white on the doors.” 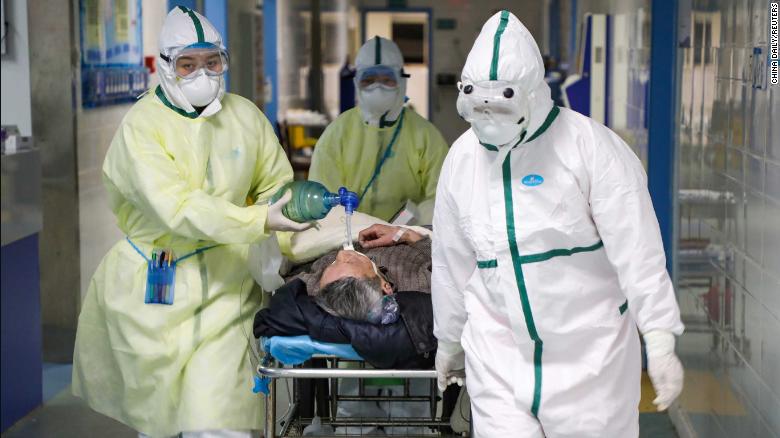 Every time fellow medics came to check on her, she said, she would hold her breath. “I’m afraid the virus inside my body will come out and infect these colleagues who are still standing fast on the frontline,” she wrote.
On Friday, it was revealed that 1,716 healthcare workers nationwide had been infected by the virus, six of whom had died, according to China’s National Health Commission (NHC). Nearly 90% (87.5%) of those medics came from Hubei province, of which Wuhan is the capital. 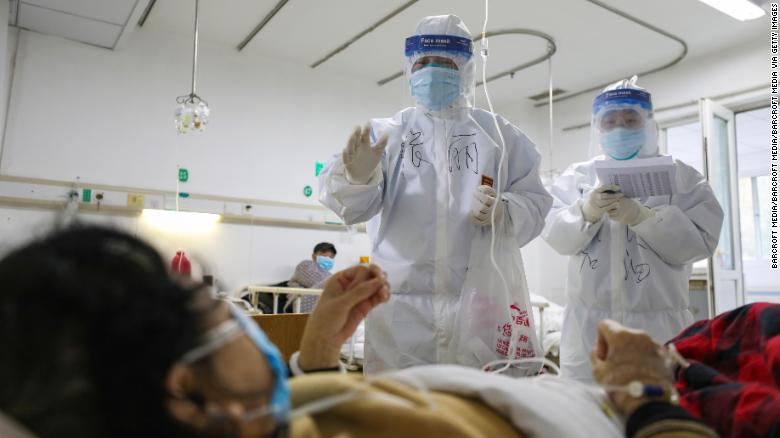 More than a thousand infected in Wuhan

Health care workers have long faced a high risk of infection during major outbreaks, including the severe acute respiratory syndrome (SARS) epidemic that swept China from late 2002 to 2003. In Wuhan, the epicenter of the noval corronavirus outbreak, however, that risk is now exacerbated by a dire shortage of medical resources to cope with the influx of patients, as well as the government’s belated warning of the high-infection rate.
In Wuhan alone, 1,102 medical workers have been infected, accounting for 73% of infections in the province and 64% nationwide.
The city of 11 million people has 398 hospitals and nearly 6,000 community clinics. However, the Wuhan Municipal Health Commission has designated nine hospitals to treat coronavirus cases, as well as an additional 61 hospitals whose outpatient clinics will receive patients with fever — believed to be a common symptom of the pneumonia-like illness.
In some of these designated hospitals, medical staff have made up a significant percentage of infected patients.
For example, at Zhongnan Hospital, one of the 61 hospitals dealing with cases, 40 health care workers had been infected, accounting for nearly 30% of the 138 coronavirus patients admitted by the hospital from January 1 to 28, according to a research paper published in the Journal of the American Medical Association last week.
Peng Zhiyong, director of acute medicine at the Zhongnan Hospital who co-authored the paper, told Chinese investigative news magazine Caixin that “the ratio is already very small compared with other hospitals.”
At the Wuhan No.7 Hospital, another of the 61 facilities, two thirds of the ICU staff were infected due to shortage of medical resources, Peng said, citing his deputy director who was sent to assist that hospital, according to the report.
Apart from the lack of masks, gloves and protective suits, medical workers have also been stretched to their limits by the crushing workload. Cross-infections among hospital staff are thought to have taken place in tea rooms and meeting areas, after long grueling shifts, according to David Hui Shu-cheong, a respiratory expert at the Chinese University of Hong Kong, citing doctors who were sent to assist hospitals in Wuhan from Beijing.
On Friday, the NHC vowed to “tangibly improve the work conditions of frontline medical workers” and better protect their rights and interests.
“I am full with respect and gratitude towards all medical workers at the frontlines, but what we really need to do is to give them more care and solicitude,” said the commission’s deputy director Zeng Yixin.