Republican Rand Paul is the first US senator to test positive for coronavirus, throwing an even greater sense of urgency into Senate negotiations over a massive stimulus package that had yet to come together Sunday afternoon as other senators decided to self-quarantine.

A statement from Paul’s office posted to his Twitter account Sunday said he was “feeling fine” and was “tested out of an abundance of caution.” But some senators and aides are angry at Paul for not doing more to self-quarantine earlier and for potentially exposing senators to the coronavirus.
Paul attended a major black-tie social event in Louisville, Kentucky, two weeks ago where several attendees have subsequently tested positive, including the wife of Louisville Mayor Greg Fischer. Senate Majority Leader Mitch McConnell told fellow senators Sunday in a lunch that Paul got tested because he had been at that event, several Republican sources told . 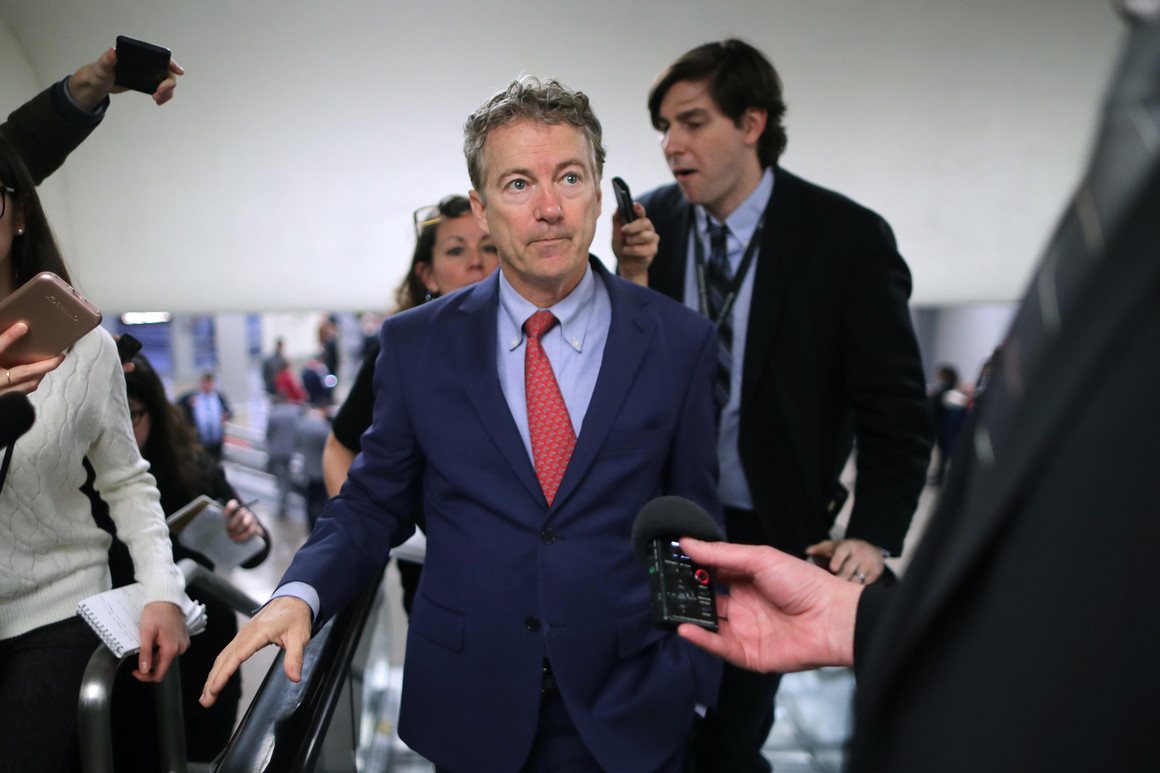