Former President Carter and his wife Rosalynn did not travel to Washington largely due to the pandemic. 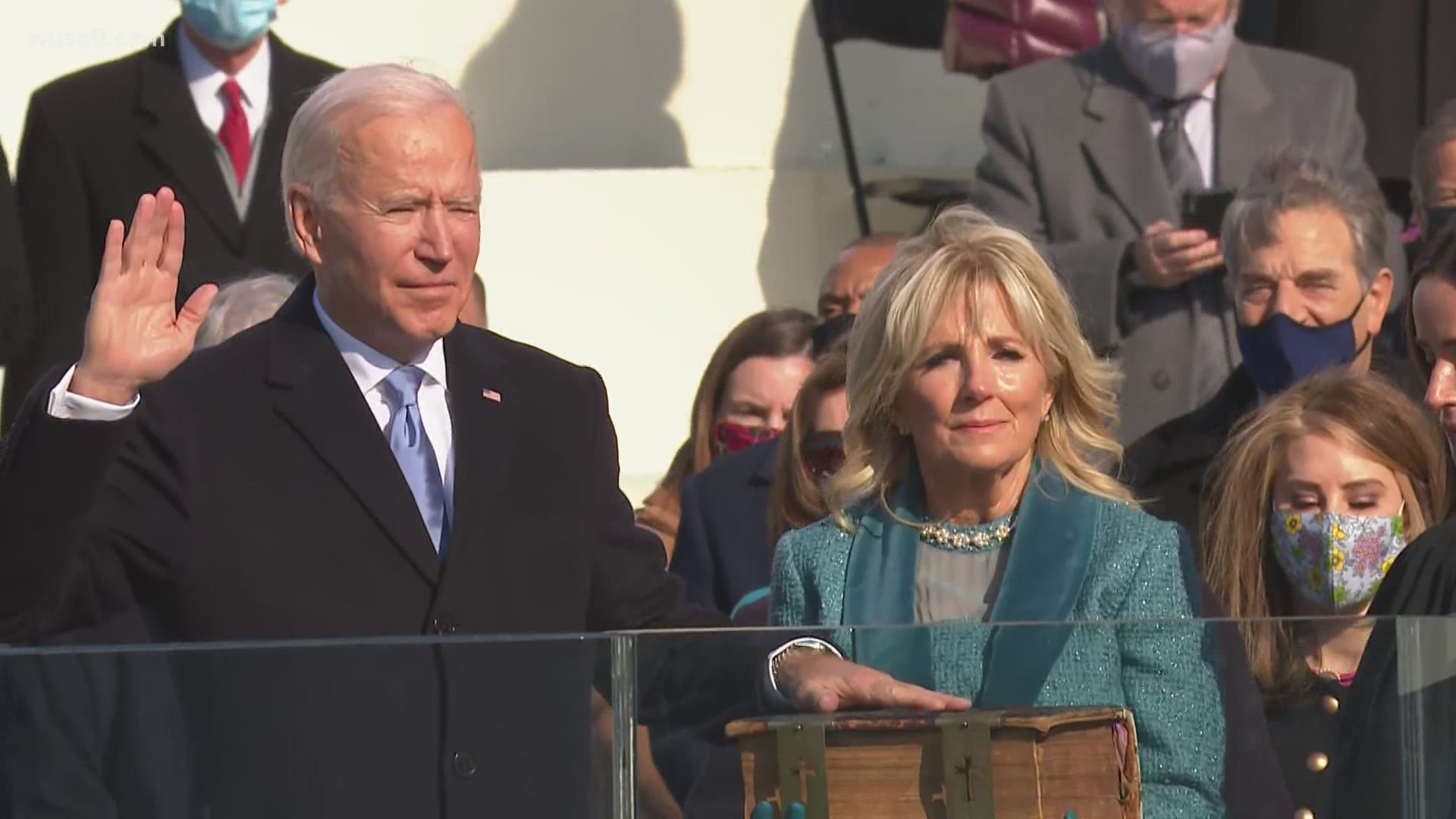 Carter and his wife Rosalynn did not travel to Washington for Biden’s inauguration largely out of consideration for the pandemic. The pair, 96 and 93 years old, have not strayed far from their home in Plains, Ga. since COVID-19 upended life around the world.

It was the first presidential inauguration without the Carters in attendance since his own in 1977.

But President Biden made sure they were not forgotten, referencing a phone call he and Carter had on the eve before the inauguration.

“I thank my predecessors of both parties for their presence here. I thank them from the bottom of my heart. You know the resilience of our Constitution and the strength of our nation,” the president said. “As does President Carter, who I spoke to last night but who cannot be with us today, but whom we salute for his lifetime of service.”

When it was announced earlier this month that the Carters could not attend, a Carter Center spokesperson said they sent their “best wishes” and “look forward to a successful administration.”

On Wednesday, the center retweeted a video of Carter’s own inauguration