The crash happened in the town of Casalpusterlengo, some 30 miles southeast of Milan in the north of the country. The train’s two conductors were killed and 28 people were injured, according to the Italian fire brigade.

Emergency teams and firefighters are at the scene of the accident assessing the damage. The Italian state police said it was on site investigating the accident. 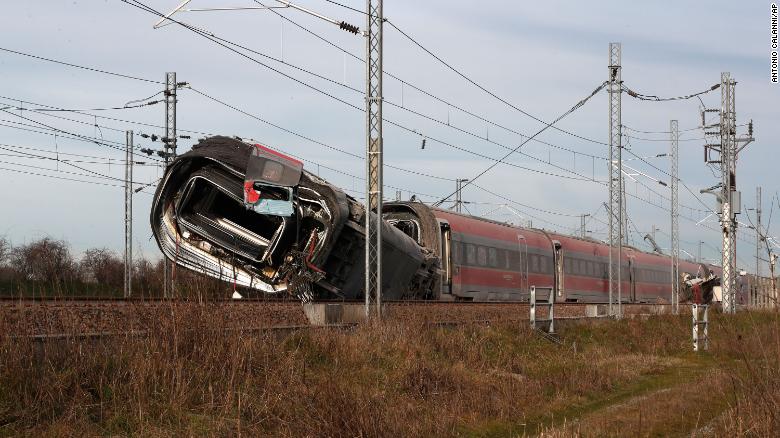 According to the Italian Rail Network, the train was en route from Milan to Salerno when it derailed near the Livraga station at around 5:30 a.m. local time.
Train traffic has been suspended on the high-speed line and trains on the rest of the regional network are running with severe delays, the Italian Rail Network said.According to the network’s website, the high-speed line between Milan and Bologna was opened in December 2008. The maximum speed that trains can reach on the line is 300 km/h (186 mph). It is unclear what speed the train was traveling at before the derailing.