While the average person would still be reaching for their calculator, 20-year-old Neelakantha Bhanu Prakash already has the answer.

It’s 63,470,861,269 and it takes just 26 seconds for Bhanu, known in India as the “world’s fastest human calculator,” to work it out in his head.
According to the Limca Book of Records — India’s equivalent to Guinness World Records — Bhanu’s mind processes numbers at an average speed of 12 per second, around 10 times faster than a regular brain.
Bhanu says he’s able to make such complex calculations at breakneck speed through “structured practice.”
“Let’s say I am doing a multiplication of 8,763 multiplied by eight,” he says. “I’ll probably multiply: 8,000 by eight which is 64,000, 700 by eight which is 5,600, 60 by eight which is 480, three by eight is 24. And I add all of these. But this requires the human brain to remember all this.
“The methods which I use are very similar to general methods but certain things — basically (it’s) brain optimization. I optimize my methods and make them better than before.
“At the end of the day whatever I call my methods, sometimes it just happens. There’s a certain process, obviously, but since you have trained your brain, it just happens.”
On August 15, Bhanu, from Hyderabad in India’s southern Telangana state, became the first Asian to win gold at the Mental Calculation World Championship at the Mind Sports Olympiad (MSO) in London. He’s also the first non-European winner in the event’s 23-year history.
In his competition debut, Bhanu beat 29 opponents from 13 countries to take the gold — his speed so extraordinary that judges made him jump through extra hoops and solve more calculations to confirm his accuracy.
Just don’t call him a prodigy.
“Definitely not, because I find the word ‘prodigy’ a little troubling as it just doesn’t capture the efforts and experience, it’s just a state that’s obtained out of nowhere,” Bhanu says, stressing that his extraordinary mathematical ability didn’t come easily.
In fact, it could have all been very different. 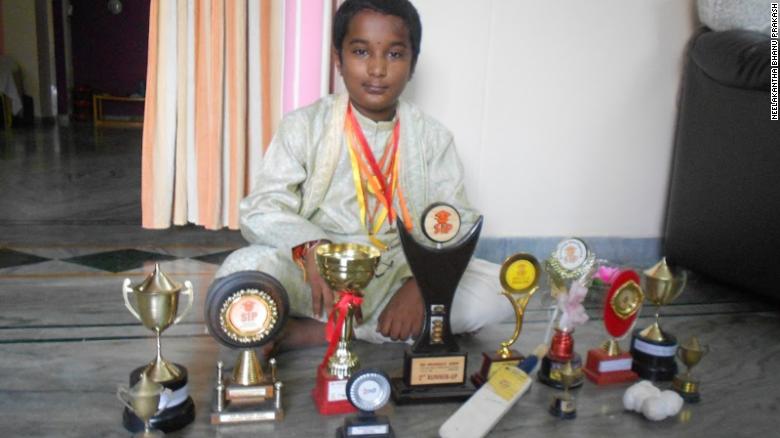 Bhanu, aged 10, poses with his haul of math tournament trophies in 2010.
Tags: 'World's, A, Become, Calculator', child, Fastest, Fractured, Grew, Human, Skull, the, to, up, with