Former United States Vice-President Joe Biden secured a sensational comeback in his bid to become the Democratic party presidential nominee as he won Southern states North Carolina, Alabama, Oklahoma, Tennessee, Minnesota, Arkansas and Massachusetts
before winning Virginia in a Super Tuesday win that puts him now in contention for the White House race.
The votes which are still being counted also shows Democratic socialist Bernie Sanders won California, Vermont, Utah and Colorado while billionaire Mike Bloomberg who spent hundreds of millions of dollars from his own pocket on his campaign only won the U.S. territory of American Samoa and will surely have to quit the race now. 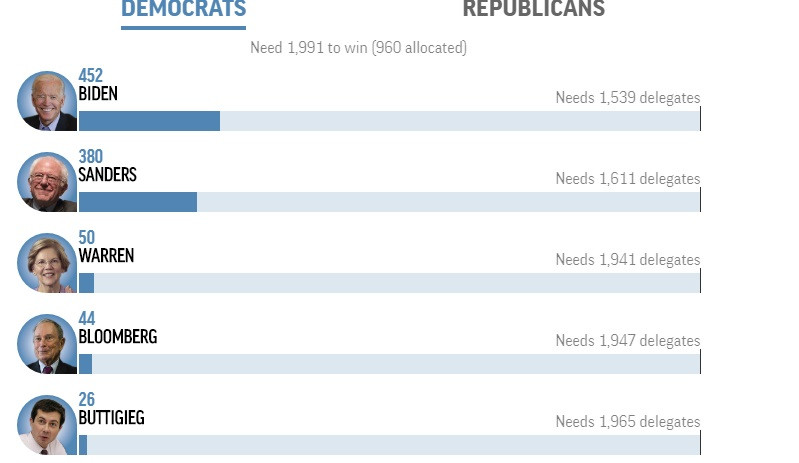 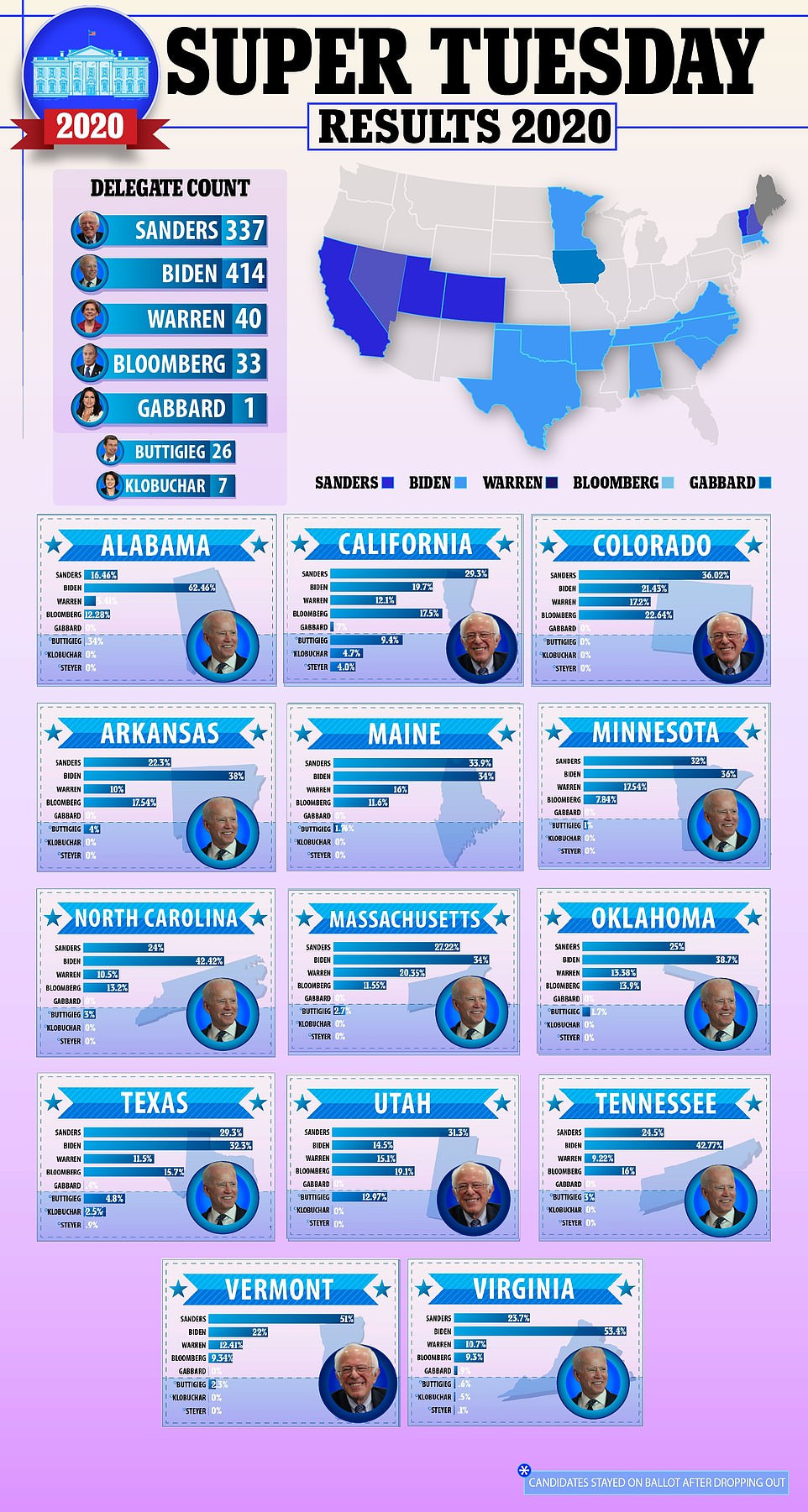 Elizabeth Warren lost in her home state of Massachusetts with Biden winning at least 28 delegates in her state and beating her in her own hometown and was mocked by Donald Trump on Twitter for losing in her own home town saying she should go home and ‘drink a beer’.

There will be another Super Tuesday on March 10, when Missouri, Michigan, Washington and Mississippi will vote their preferred candidates .The eventual Democratic nominee will slug it out with Trump in November to determine the next US President.