The Kogi State Commissioner for Education, Science and Technology, Hon. Wemi Ojo Jones has charged all heads of institutions in the state to intensify action in eradicating cultism in schools as directed by the Governor, Alh. Yahaya Bello.

The Commissioner gave the charge at the inaugural meeting he held with stakeholders in education on Monday in Lokoja. This was disclosed by Adamu Seidu, the Information Officer of the Ministry of Education.

Jones said that the purpose of the meeting was to interact with all the relevant stakeholders and brainstorm on how to take education to a greater height in Kogi State, saying the meeting would be a continuous process.

According to him, “whatever we do, if we do not educate ourselves we will get back to zero level in the area of insecurity, crime and other devices. We can only build a sustainable economy on an educated populace.

“We have to wipe out cultism in our institutions because no matter what good plans we have it will never be realised in an unsecured environment,” he said.

“I pray that God will give the heads of tertiary institutions in Kogi State and by extension other levels of education, the grace and the capacity to wipe out cultism in their various institutions.

“It is very clear that you cannot build anything in an unsecured environment, so all our institutions are to ensure that they comply fully to the directive of His Excellency, Gov. Yahaya Bello.

The Commissioner commended the stakeholders for honouring his invitation for the meeting, assuring them of the commitment of the state government to delivering quality education for the people of Kogi State. 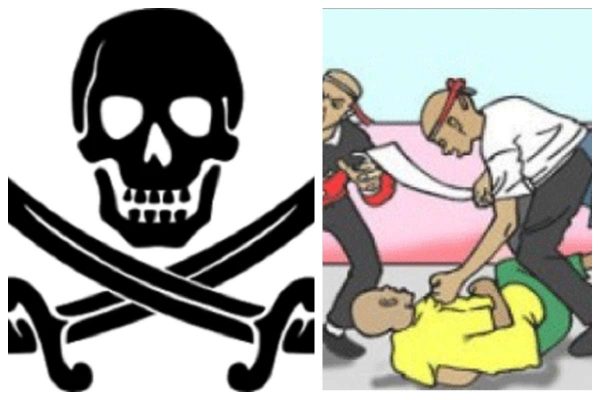 Speaking, the Deputy Vice-Chancellor (DVC) Administration, KSU, Prof. Tai Oluwagbemi, said the school authority has been intensifying effort to ensure a secure environment in the university community and its environ.

According to him, the management of KSU is already putting the machinery in place as directed by the governor to ensure that security is entrenched in our campuses and stamp out cultism in the institution.

On her part, the Vice-Chancellor, Federal University Lokoja (FUL), Prof. Angela Freeman Miri, thanked the Commissioner for convening the meeting to enable effective collaborations which would bring development to education in Kogi state.

She noted that since she took over on 25th February 2016 from the pioneer VC, they had made giant strides despite the several challenges, while appealing to the state government to fulfil the promise of the perimeter fencing of their permanent site, to ensure adequate security.