Former Super Eagles’ captain and ex-international, Joseph Yobo has been appointed Assistant coach of the team.

Yobo, born 6 September, 1980, is a Nigerian former professional footballer who played as a centre back. He was the captain of the Nigerian national team until his international football retirement in June 2014, and is Nigeria’s joint record appearance holder.

Yobo has been capped 101 times and represented the Super Eagles at three FIFA World Cups and six Africa Cup of Nations tournaments. 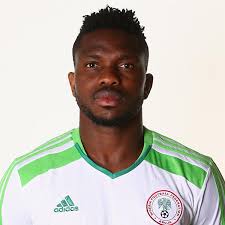 After participating in Nigeria’s run to the 1999 FIFA World Youth Championship quarter-finals, Yobo made his senior international debut against Zambia in a 2002 FIFA World Cup qualifier on 24 March 2001. He played in all six of the team’s matches in the 2002 Africa Cup of Nations and was included in the squad for the 2002 FIFA World Cup, where he was again ever-present, assisting Julius Aghahowa’s goal in a 2–1 loss to Sweden.

Yobo made his second World Cup appearance at the 2010 tournament in South Africa, after which he assumed the captaincy on the international retirement of Nwankwo Kanu. The veteran defender was no longer a first choice player at the 2013 Africa Cup of Nations, but lifted the trophy after appearing as an 89th-minute substitute in Nigeria’s 1–0 final defeat of Burkina Faso.

In June 2014, Yobo was included in Stephen Keshi’s squad for the 2014 FIFA World Cup. He was named in the starting line-up for both the second and third group matches, helping the Super Eagles to clean sheet in a 1–0 victory over Bosnia and Herzegovina.

On 30 June, he made his 100th international appearance, captaining Nigeria against France in the round of 16. After scoring an own goal in the 2–0 defeat, Yobo announced his international retirement, saying: “This is it. I can look back on my career with great pride. I wanted to leave on a high for my country. Defeat by France was not the right way to go but I’m happy with all I’ve done for the national team. It’s time to give a chance to other people to come through.”

Yobo also played for Everton, Fenerbahçe and Norwich City.In 2007, Yobo set up the Joseph Yobo Charity Foundation, to help under-privileged children in Nigeria. As of 18 July 2007, he has handed out over 300 scholarship awards ranging from primary to university level. Yobo has started a football academy in the Ogoni region of Nigeria. He also runs football camps in Lagos.