A retail version of Nike’s Zoom Alphafly NEXT% footwear was unveiled Wednesday by the shoemaker, only days after new World Athletics rules-tightening on prototype shoes.

The Air Zoom Viperfly is aimed for the 100-meter sprint crowd, while Nike’s Air Zoom Victory is designed for 800m to 10-kilometer races, with sales expected to begin this summer. 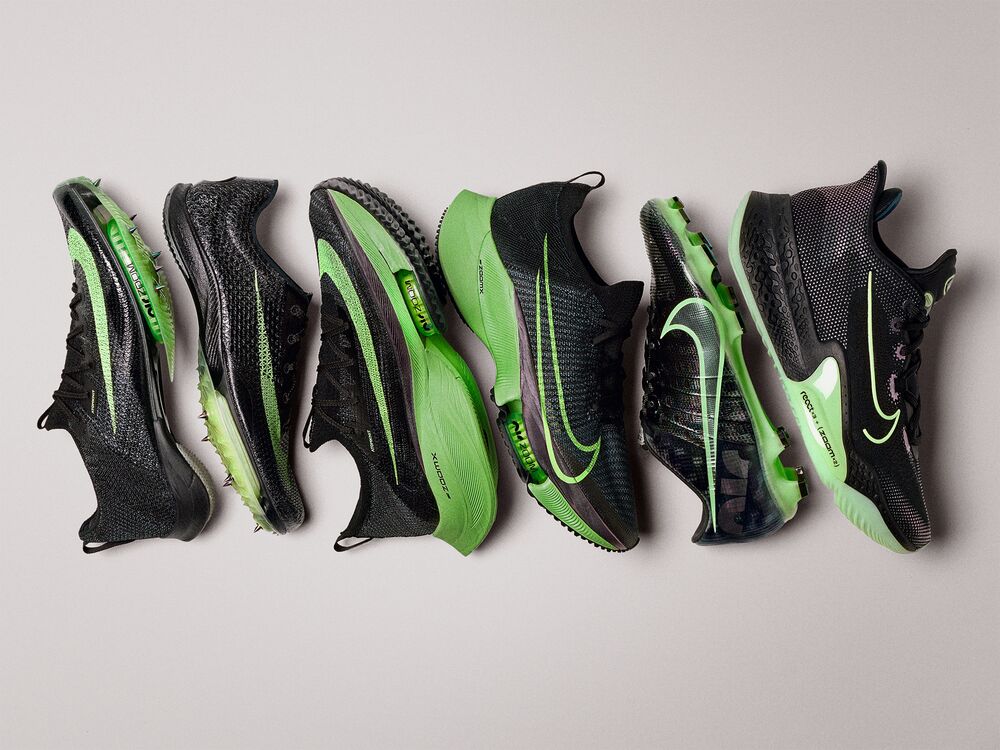 “For runners, records like the four-minute mile and two-hour marathon are barometers of progress. These are barriers that have tested human potential. When someone like Eliud breaks them, our collective belief about what’s possible changes,” says Tony Bignell, Nike’s vice president of Footwear Innovation.

“Barriers are inspiring to innovators. Like athletes, when a barrier is in front of us, we are challenged to think differently and push game-changing progress in footwear design.”

The NEXT% designs are aimed at maximizing sports science with design to boost body performance through technological enhancement.

“The groundbreaking research that led to the original Vaporfly unlocked an entirely new way of thinking about marathon shoes,” said Carrie Dimoff, an elite marathoner and member of Nike’s Advanced Innovation Team.

“Once we understood the plate and foam as a system, we started thinking about ways to make the system even more effective.”

“That’s when we struck upon the idea of adding Nike Air to store and return even more of a runner’s energy and provide even more cushioning.”

Viperfly incorporates an innovative new carbon plate in the shoe sole designed to provide responsiveness and energy, following deep study of race strategy and performance and runner’s needs over the final 20 meters of a sprint.

Victory has foam, a carbon fiber plate and a unique welded sole that divides the unit into two separate pockets, provides impact protection and allows for a smooth transition without sacrificing control.