The Ogun State Government has approved the proposal for the creation of the Ogun State Security Network Agency, known as Operation Amotekun.

The approval was given at the State Executive Council meeting which held at the Executive Chamber of the Governor’s office, Oke Mosan secretariat, Abeokuta after an extensive deliberation that lasted close to 10 hours and presided over by the Chairman, Governor Dapo Abiodun on Tuesday evening.

At the meeting the Governor went down memory lane of how he escaped unscathed exactly a year ago when loyalists of his predecessor pelted leaders of the All Progressives Congress, APC, in Abeokuta, as the party’s flag was being handed over to him by chieftains of the party, including President Muhammadu Buhari, Vice President Yemi Osinbajo, National Leader, Asiwaju Bola Tinubu, among other big wigs.

Abiodun, however, said he has forgiven those who visited violence on these leaders and party supporters nor does he hold any grudge against anyone that played a part in the incidence of February 11, 2019, where, he said, the “highest level of political intolerance” in the country was witnessed.

According to him, the level of intolerance during the campaign was only part of what God had ordained so as to ensure his emergence as governor.

“I have said often times that I do not bear grudge against anybody. You are all part of the scriptures that needed to be fulfilled. So, for all those who fought us, stoned us, intimidated us, harassed us, beat us, they all had their part to play so that the scripture can be fulfilled. Accordingly, we have forgiven them, more importantly, God has crowned us with victory,” he said.

The governor said it was hard for him to believe that Ogun State, a state of many first experienced such an ugly incident, stressing that the level of humility of his team in the midst of the ugly smear campaign played a huge role in their victory at the polls

“I could not believe that in this state, in which I am a bonafide son of the soil, in this state, which is a state of many first, that such a show of shame was taking place before my very eyes, in front of the Number one and Number two persons in this country, I could not just believe it.”

“if with that sense of humility, God has heard our prayers and granted us victory, why do we want to change that style? I think one of the ways that we can appreciate God for this grace that he has given unto us is by performing. The people of the state has entrusted us with this mandate – that date, February 11, 2019 – for me marked the turning point in the process of us getting to this seat. It was a defining moment,” he said. 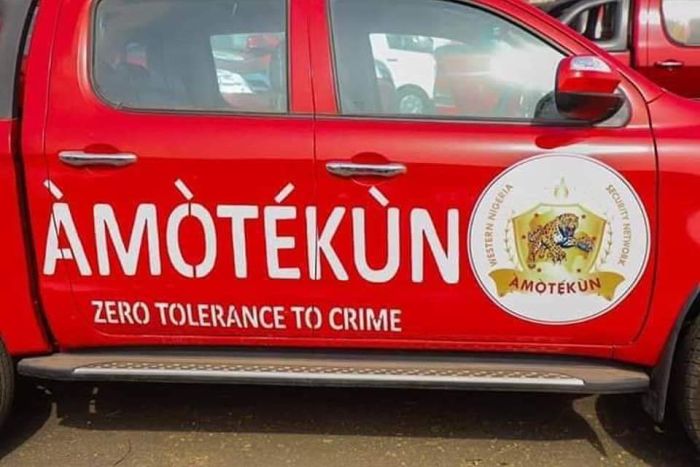 Addressing journalists at the end of the Executive Council meeting, the commissioner for Justice and Attorney General of the State, Mr Adegbolahan Adeniran said the presentation of the bill before the state council followed the earlier approval by the Attorney Generals and Commissioner of Justice of the six Southwest states.

Adeniran assured that the State Amotekun Corp will be headed by a state Commandant, adding that the bill also allows for collaborative efforts between the six Southwest states should the need arise.

He expressed optimism that the bill will get speedy attention from the state lawmakers so that the Governor could also give the required assent in no long time.

Adeniran said: “We presented the bill for the creation of the Ogun State Security Network Agency or what many call the Amotekun Corp Bill of 2020.

“Today, the Executive Council of Ogun State met and adopted a draft as amended of a bill for a law to establish the Ogun State Security Network Agency. This agency is the agency that will comprise of the Amotekun Corp and this bill will be transmitted to the house of assembly before the end of this week,” he said.

The Amotekun Security outfit had already been launched by the Governors of the Southwestern states. However, it became very clear that there was a need for a legal backing for that operations.

“This”, he added, “made all the Attorneys General of the Southwest zone including Oyo, Ogun, Osun, Ekiti, Ondo and Lagos state to come together with the intervention of DAWN commission that has been piloting the process, and we are able to have a draft model bill to be adopted by each of the state in accordance with their local circumstances and situations as the need arises.”