Speaking at the event which is being held at the Frank J. Lindquist Sanctuary at North Central University in Minneapolis, the Baptist minister said: “Go home. Get your rest, George. You changed the world, George.” 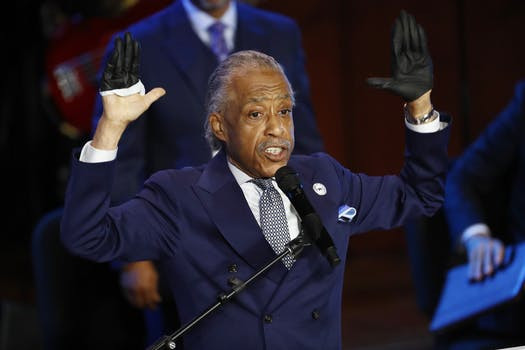 “I want us to not sit here and act like we had a funeral on the schedule,” the civil rights leader began. “George Floyd should not be among the deceased. He did not die of common health conditions. He died of a common American criminal justice malfunction.

“He died because there has not been the corrective behavior that has taught this country that if you commit a crime, it does not matter whether you wear blue jeans or a blue uniform, you must pay for the crime you commit.”

Sharpton then switched his attention to President Donald Trump, who held a Bible this week in front of St. John’s Church after peaceful protesters were reportedly dispersed with tear gas, flash grenades, and rubber bullets outside the White House gates to make way for him. “First of all, we cannot use Bibles as a prop,” he said, “and for those that have agendas that are not about justice, this family will not let you use George as a prop.”

“George Floyd’s story has been the story of black folks. Because ever since 401 years ago, the reason we could never be who we wanted and dreamed to be is you kept your knee on our neck,” the Rev. Al Sharpton said in a fierce eulogy. “It’s time for us to stand up in George’s name and say, ‘Get your knee off our necks!’” 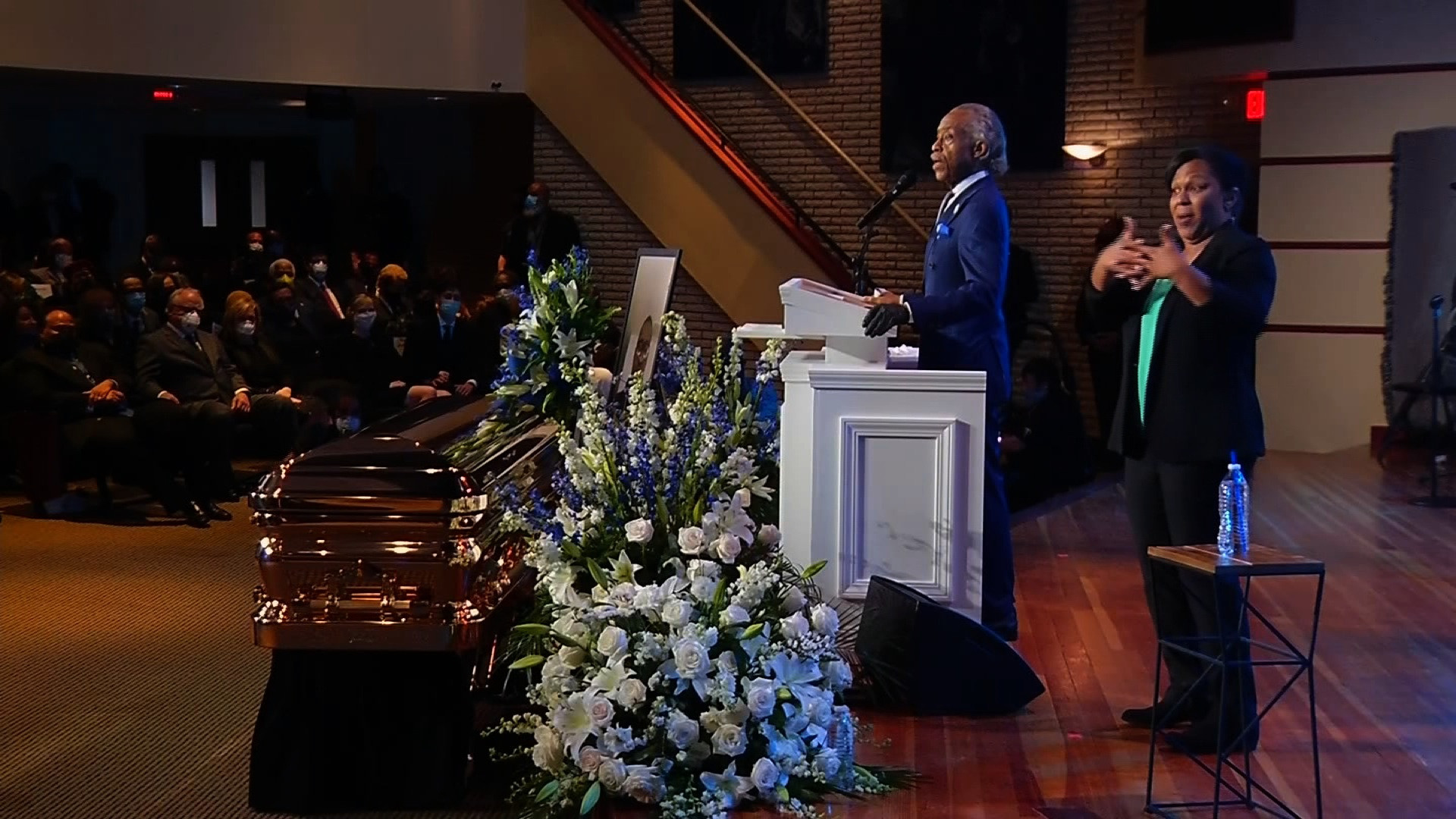 George Floyd died last week after a white police officer pinned him to the ground and pressed his knee on his neck for nearly nine minutes.

Another memorial service is scheduled for Saturday in Raeford, N.C., where Floyd was born, while on Tuesday, a funeral will be held in Houston, where he lived much of his life until he moved to Minneapolis.