Singer Davido has fulfilled his promise to disburse N250 million to selected orphanage homes across the country.

The singer gave the update this evening in a statement released.

He was gifted N200 million in less than 48 hours. He added his personal donation of N50 million and gave it all out to charity. 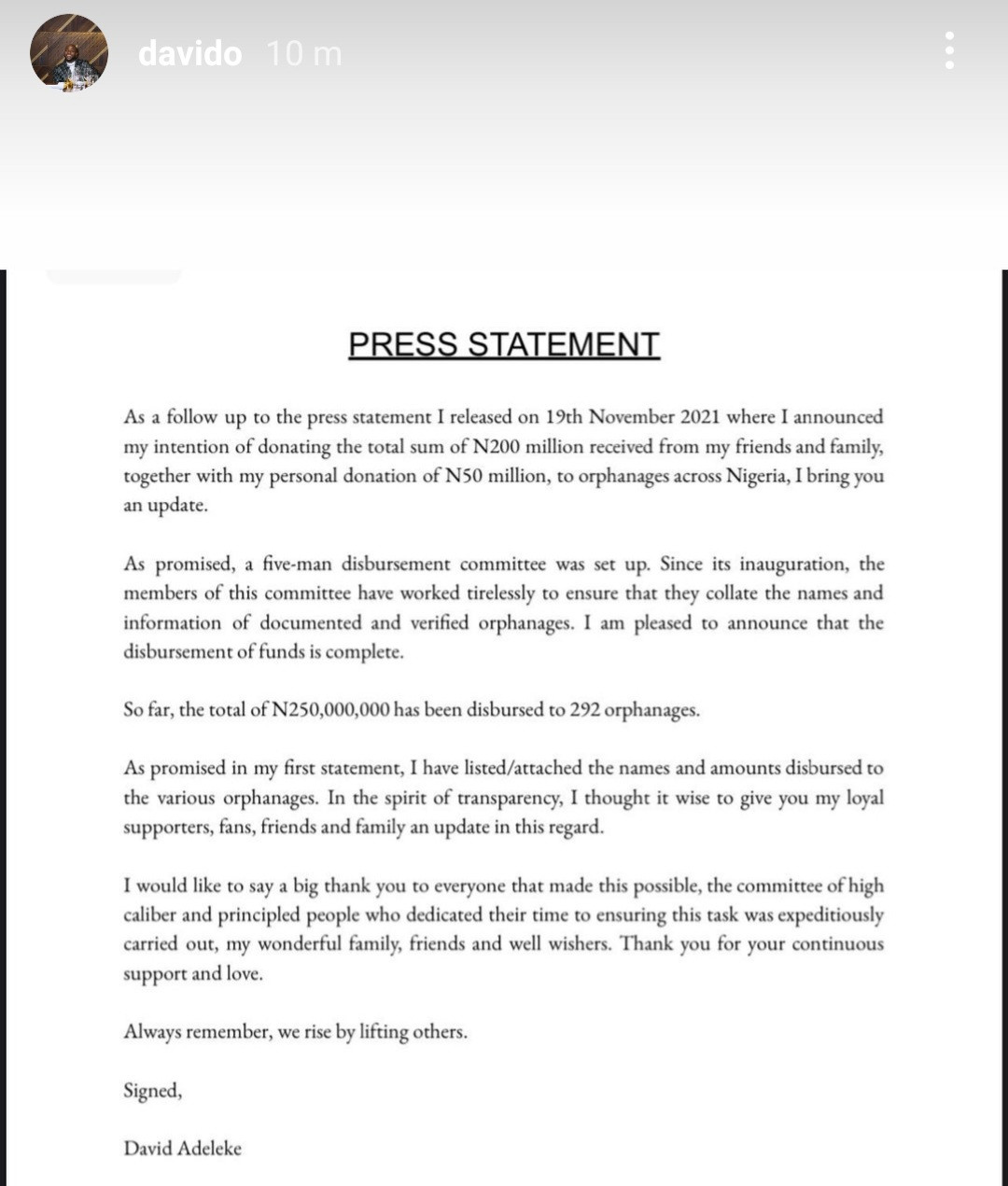 He also released names of the orphanages that benefitted from his gesture.
Back in November 2021, the singer asked his friends to gift him N1 million each ahead of his birthday.