Sofia Kenin, the 21 year-Old Moscow born American is the new Champion of Australian Open, coming from behind to claim her first major title. 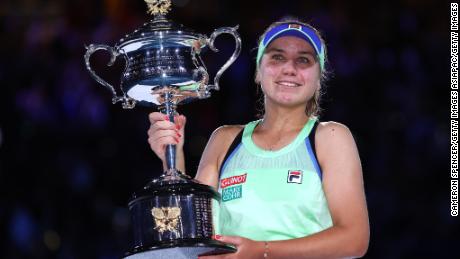 Garbine Muguruza won the French Open in 2016 and Wimbledon in 2017, but failed to add to her major titles after falling to the American.

The unheralded American seeded 14th gained attention after she beat teenager Coco Gauff in the 4th round. She then went on to knock out Australian title hope Ashleigh Barty in the semi-final.