Skip to content
US pop star Taylor Swift has been named the biggest artist for 2019, according to the International Federation of the Phonographic Industry (IFPI).

The ‘You Need To Calm Down’ hitmaker beat Ed Sheeran, Billie EIlish and Post Malone to claim the top spot.

Swift made the top spot, with her seventh studio album, Lover, released in August 2019.

“The album debuted at number one in more than ten countries and reached three million album-equivalent sales worldwide by the end of its first week of release. Three singles were released off the Lover album last year: ME!, featuring Brendon Urie of Panic! at the Disco; You Need To Calm Down, and the title track, Lover. ME!, the first release from the album, opened at number one on the global Spotify charts”, IFPI reported..

Ed claimed the second position. He won the biggest-selling artist crown in 2017.

Last year’s star-studded ‘No. 6 Collaborations Project’, featuring the likes of Stormzy, Cardi B, Camila Cabello and Khalid, saw the flame-haired star top the charts in 19 countries.

Rock legends Queen made it into the top five. 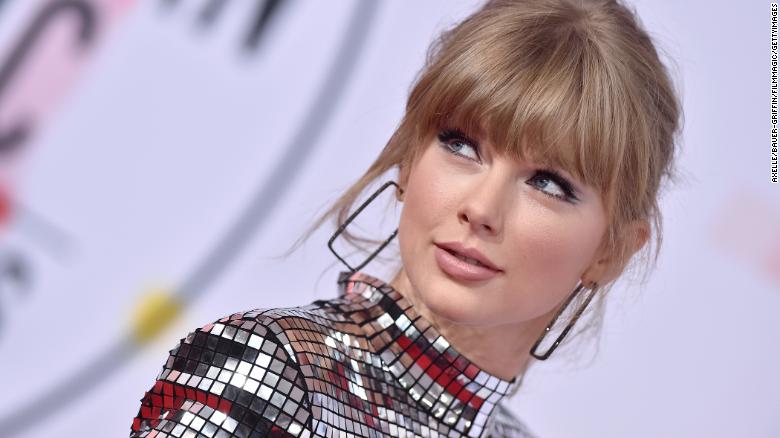 IFPI also named Swift the Global Recording Artist of the Year, for the second time in the same year she released her LP ‘Lover’. She first won the title in in 2014 when she dropped ‘1989’.

‘Lover’ shifted five million copies worldwide as of January, whilst hit single ‘ME!’ featuring Panic! At The Disco’s Brendon Urie debuted at the top of the Spotify chart.

“She continues to grow as an artist and maintains an incredibly strong connection with her fanbase, whilst continuing to evolve her sound with each album.

“It is a pleasure to be able to present her with the Global Recording Artist of the Year award for the second time.”