Tiger Woods’ 11-year-old so has won a Junior Golf Tournament in Florida, with his dad by his side.

Charlie who played at a US Kids Golf-sanctioned event at Hammock Creek Golf Club, easily dominated his opponents and topped the leaderboard. 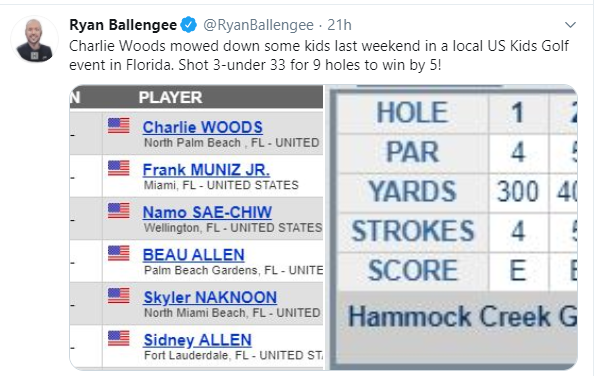 Yahoo Sports and U.S. Kids Golf’s website reported that Charlie shot a three-under 33 across nine holes in the boys’ 11-year-old division. He finished with no bogeys and three birdies. The proud father who was there to support his son, helped him carry his golf clubs through the course. 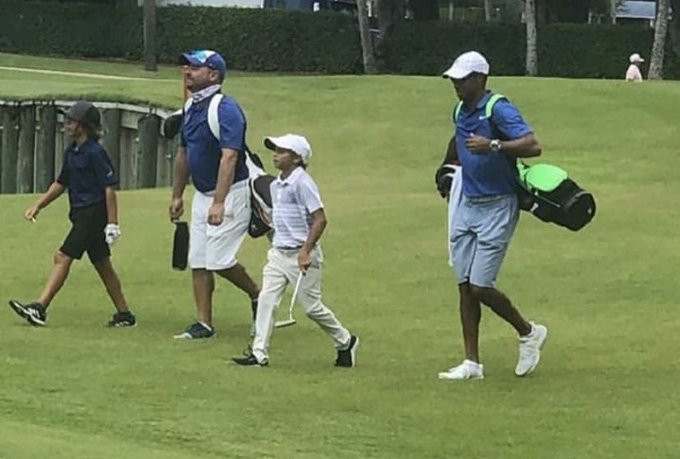 Tiger Woods shares Charlie and daughter Sam, 13, with his ex-wife Elin Nordegren, whom he split from in 2010 after being enmeshed in a sex scandal in which dozens of women came forward and alleged that they had sexual encounters with him.

Tags: by, Charlie, Golf, him, his, Junior, side, son, Tiger, Tournament, Wins, with, Woods'