This comes after two men were seen in surveillance footage released on Monday hurling red paint at two statues of George Washington in Washington Square Park.

George Washington served as the first president of the United States from 1789 to 1797.

Reacting on Twitter this afternoon, President Trump threatened the suspects with 10-year prison sentences and asked the two unidentified men to turn themselves in. 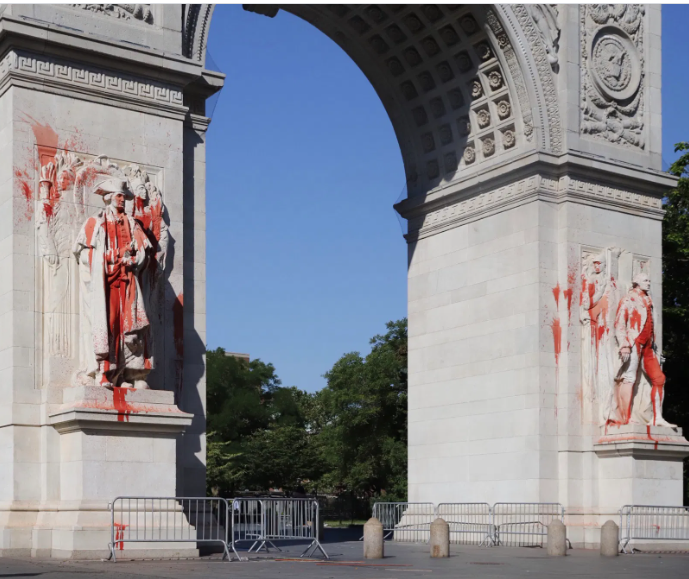 He wrote: “We are tracking down the two Anarchists who threw paint on the magnificent George Washington Statue in Manhattan. We have them on tape.”

“They will be prosecuted and face 10 years in prison based on the Monuments and Statues Act,” the president said, adding: “Turn yourselves in now!”

Several monuments have been defaced and destroyed following the ongoing anti-racist demonstrations, sparked by the killing of George Floyd, a 46-year-old unarmed black man who died in police custody back in May.

Earlier this month, Trump authorized federal law enforcement to “arrest anyone who vandalizes or destroys any monument, statue or other such federal property.” He also confirmed last week that many people are in police custody and declared 15 other suspects wanted for the vandalization of Federal Property in Lafayette Park.