United States President Donald Trump plans to unveil efforts on Friday to crack down on counterfeit and pirated goods sold on major e-commerce sites and urge companies to do more to vet third-party sellers and increase self-policing efforts.

Acting Department of Homeland Security Secretary Chad Wolf and White House adviser Peter Navarro will be among officials at a news conference on Friday to discuss the effort at the National Intellectual Property Rights Coordination Center in Arlington, Virginia, administration officials said on Thursday.

Law enforcement agencies are planning “immediate actions” to identify counterfeit goods and seek “all available statutory authorities to pursue civil fines and other penalties against these entities”, according to a DHS report reported by the Wall Street Journal on Thursday and confirmed by an administration official.

The Trump administration is also seeking legal authority “to explicitly permit the government to seek injunctive relief against third-party marketplaces and other intermediaries dealing in counterfeit merchandise”, the official confirmed.

The official said if companies adopt the best practices, the administration believes it will substantially reduce trafficking in counterfeit and pirated goods.

In April, President Trump ordered a crackdown on counterfeit products on third-party online marketplaces, asking for more information on how the US can better track and curb such sales.

A memo signed by Trump said the value of global trade in counterfeit and pirated goods may rise to half a trillion dollars a year, with about 20 percent of this trade infringing on US intellectual property. 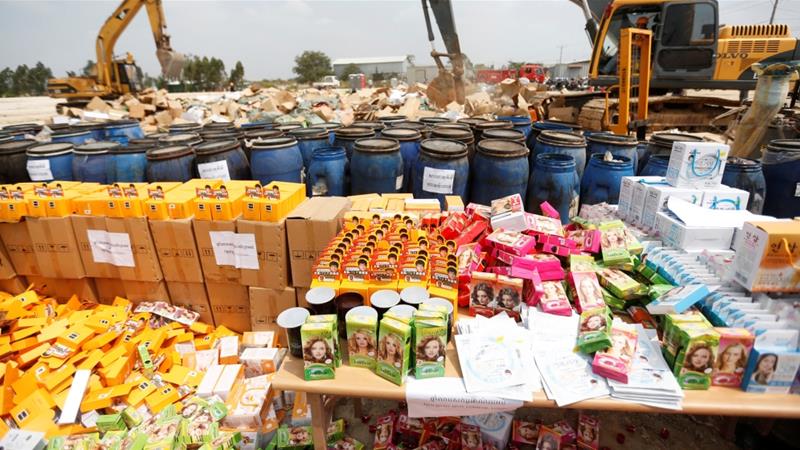 “The president has decided it is time to clean up this Wild West of counterfeiting and trafficking,” Navarro said in April.

Companies including Amazon.com Inc, eBay Inc and China’s Alibaba Group Holding Ltd have policies that ban counterfeit goods and have pointed to their investments in programmes to keep fakes off their platforms.

Amazon said last year it “invests heavily in proactive measures to prevent counterfeit goods from ever reaching our stores. In 2018 alone, we spent over $400m fighting counterfeits, fraud, and other forms of abuse.” Amazon declined to comment before Friday’s announcement.